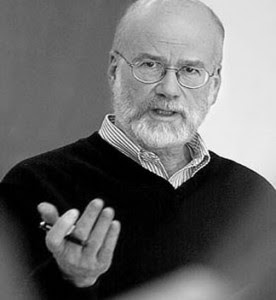 We just featured Wesley McNair on the blog last Friday but we had to share this good news as well. McNair was just appointed Maine's new poet laureate on March 11th.

Here's his feature in The Morning Sentinel:

Wesley McNair doesn’t need a formal title to remind him that it’s important to bring poetry to the people.

But McNair, appointed by the governor to the position of Maine poet laureate Friday at a ceremony at the Franco-American Heritage Center in Lewiston, plans to wear the title with honor and keep doing what he’s always done.

“I’ve bringing poetry to the people from the start,” said McNair, 69, who lives in Mercer. “My goal is to continue making poets in Maine more visible to their communities and to their regions.”

McNair’s appointment came at the beginning of the Maine State Poetry Out Loud finals. Poetry Out Loud is a national competition for high school students, sponsored by the National Endowment for the Arts and the Poetry Foundation. Lauren LePage, daughter of Gov. Paul LePage and a member of his administrative team, introduced McNair. There is some irony there, because McNair spoke out for Maine poets when the governor opted to leave poetry off his inauguration program in January, interrupting a Maine tradition.

McNair said he viewed his appointment as a positive sign. “I look forward to this level of support continuing as I carry the banner for the literary arts up ahead. It’s an opportunity,” he said.

McNair has received many awards and grants, and has read his poems at the Library of Congress. His latest book is Lovers of the Lost: New & Selected Poems.
Posted by Carrie Dieringer at 10:06 AM