What could be more exciting than inheriting a collection of valuable letters from famous Victorian authors? Well, for Larry Dickerson, the protagonist of N. John Hall’s new epistolary novel, Correspondence: An Adventure in Letters, the thrill of unraveling the history in these letters quickly proves to be just that, and we, as readers, join him through his adventure. I discovered that I was just as eager as Stephen Nicholls, Larry’s correspondent, to see the next illustration from Thackeray or comment from Dickens. 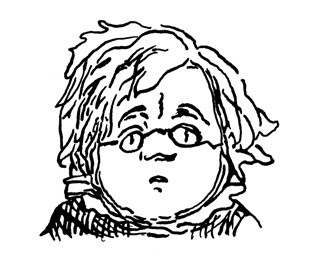 The back-and-forth format keeps things moving at a brisk pace and there is a lot of information about Victorian literature, but the narrative is light and humorous. Interspersed with discussions of Darwin and George Eliot are Larry’s frank (and often amusing) observations like the following:

I still don’t see why we don’t have a good English phrase for everything . . . I was once going into a deli in the Bronx, and the guy I was with held the door for an attractive young woman and said, “Apres vous,” and she shot him a dirty look as if to say, “Don’t go using any filthy language on me, fella.” Better to keep to English.
I came away from Correspondence entertained by the characters, educated by the content, and intrigued to find out more. In the effort to do just that, I interviewed the author himself.

Q: I am curious, how did your own journey into the world of Victorian literature begin?
A: In graduate school, at NYU. A course in the Victorian novel by the late Gordon Ray (about whom I’m contemplating a book) got me started.

Q: As an expert in Trollope, did you try to avoid partiality towards him in the novel?
A: I tried to be impartial, but of course no one can be impartial, really. My passion for Thackeray’s Vanity Fair, for example, finds expression in Larry Dickerson, the book’s unlettered main character. Larry also likes Trollope and belittles Wilkie Collins—prejudices of my own.

Q: You must have a great deal of experience with original manuscripts: do you identify, therefore, with Larry’s fervor in transcribing his stash of letters?
A: Yes indeed. Transcribing can be exciting. But I myself would be more willing than Larry to ask help. Sometimes a word you are trying to decipher just leaps out at another pair of eyes.

Q: Your career has been spent writing scholarly books. What was it like to try your hand at fiction, and did you prefer one style to the other?
A: I don’t prefer one to the other. However, there are critics who claim that biographies, for example, are really “novels”—not a view I subscribe to, although I can understand it.

Q: What about the sample Victorian letters that the protagonist, Larry Dickerson, forwards to Stephen Nicholls at Christie’s London? How real are those letters?
A: They are pretty “real”—except that they don’t exist. That is, much in them is “borrowed” or based on actual letters and other writings of the authors involved.

Q: In my own correspondence with people from the UK, I often struggle to communicate clearly through the “language barrier.” Was the amusing banter of Larry and Stephen concerning the cultural differences between England and America drawn from personal experience?
A: Yes. I’ve spent a lot of time in the UK and have corresponded with English people for decades. Still, I had to be on my guard about having Stephen Nicholls sound American, or having Larry sound British. For example, early on I had Larry keeping some biographies “to hand,” whereas he would have said he wanted to “keep them handy.” In some cases I had help from English friends—“MacDowell,” for example, to be Scottish must have the capital “D”.

Q: Where did your inspiration for this novel come from?
A: The kernel of the story was suggested to me by Bob Call—to whom the book is dedicated.

Q: What sort of response would you like this book to inspire in your readers?
A: “Inspiration” is a pretty high sounding—but I would like some few people to take up reading the Victorians, the “golden age of the English novel.” It’s never too late.
Posted by Staff at David R. Godine at 2:54 PM