String Too Short to Be Saved — A Godine Review

I know cows. I’m originally from Oklahoma, and its wide-open plains make for ideal cattle grazing. Several of my friends growing up lived on farms, my husband’s family owns 100 head of cattle

and, let’s be honest, if your steak isn’t from a Midwest grass-fed Angus heifer, you might as well save yourself the calories.

So when David recommended I read Donald Hall’s String Too Short to Be Saved: Recollections of Summers on a New England Farm, a memoir about life on a New Hampshire dairy farm, to acquaint myself with the New England farming lifestyle, I wanted to scoff. I have milked goats, fed chickens, and can call cattle with the best of ‘em. But, since I figured New England farms might be a bit different from Midwestern cattle ranches, I gave it a chance. While this book does give modern-day readers a charming peek into farm life in the 1940s, it also deals with an issue we can all relate to: human mortality. In chapter two, Hall gives us his thesis: “To be without a history is like being forgotten. My grandfather did not know the maiden names of either of his grandmothers. I thought that to be forgotten must be the worst fate of all.” Through re-telling the colorful stories of his family that his grandfather, Wesley, shared with him as a child, Hall commemorates not only his family, but also the entire farming community, ensuring that these people and their way of life are not forgotten in our age of technology and mass-produced food. 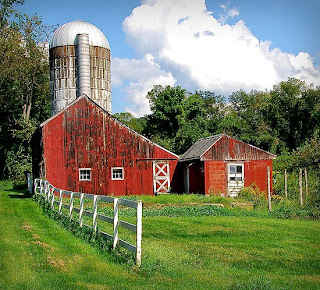 My favorite of Wesley’s stories is “The Left-Footed Thief.” Hall gives us the moral of the story in the beginning: most of the people in this New England farming district were “morally distinct.” For example, “If you were good, you were perfectly good. If you were bad, you overlooked no means of becoming worse. Whoever took a drink finished the jug.” In this story, Wesley and his friend, Fred, set out to salt their sheep and find that Wesley’s prize-winning sheep is missing. Upon investigation, they discover a set of boot footprints, which are all left-footed. They narrow down their suspects from four notoriously bad families to the criminal by a few determining factors: who is “stupid enough to mix up their boots,” not currently in jail, not in bed sick from drinking some stuff old man Godfrey brewed up, or not on a trip to Danbury spending the bounty money they just received for the wildcat that dropped dead in their hen yard. Turns out, the thief was “a nice boy in his own way.”

As the book nears its end, Hall narrates how the farm slowly shriveled in productivity as his grandfather aged and society shed its need for small farms. Hall’s summer-long vacations shrink to lone weekend visits as he grows into adulthood. But he never forgets his grandfather’s stories and now, with String Too Short, we lucky readers will always have them. As August Wilhelm Von Schlegel said, “Literature is the immortality of speech.”
Posted by Staff at David R. Godine at 1:14 PM