Georges Perec – The Art of Asking Your Boss for a Raise

Verso has just published Georges Perec's The Art of Asking Your Boss for a Raise in English for the first time. Perec is a beloved Godine author and we just have to mention this darkly funny, endearing, and comic release (plus there's a cool flowchart). 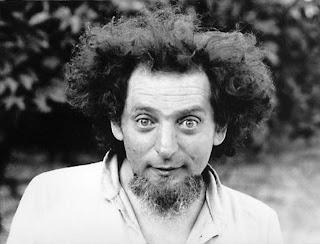 The Art of Asking Your Boss for a Raise is an interesting little book. In 1968, a French computer company issued a challenge to artists: create art using a computer. Computers in the ‘60s were giant, loud machines that used punch cards, for reasons that remain nebulous to anyone younger than 40, to drive their operations. They were not very sophisticated.

The specific challenge was to create something based on a flow-chart entitled “The art and craft of approaching your head of department to submit a request for a raise.” And because computers figure things out by taking each scenario to its conclusion, the flow-chart often brings the user back to square one.

A year previous to this challenge being issued, writer Georges Perec had joined a group of writers and mathematicians called Oulipo, short for Ouvroir de littérature potentielle, or Workshop for Potential Literature. Their mission was to create literature using constrained writing, imposing rules such as disallowing the use of a specific letter. (Perec’s 1969 novel La disparition (A Void) uses this technique. It is completely devoid of the letter “e.”) It would appear that this assignment was tailor-made for Perec to tackle.

It’s important to understand the backstory to this piece of literature because without that, Asking Your Boss for A Raise seems slight. It is experimental fiction in a pure form—an exercise in seeing if one could write a story based on a flow-chart. Of course, this is the sort of thing one sees all the time now in experimental fiction, but Perec wrote this over 40 years ago. Luckily, this first English translation of Perec’s story has a lengthy introduction by David Bellos, the translator, telling the story of this story in depth. 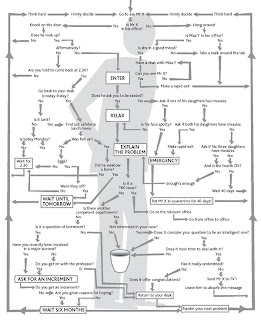 Being based on a flow-chart, the book itself is recursive. Written in second-person singular, “you” have decided to ask your boss for a raise, and “you” end up being confronted with a variety of scenarios with numerous outcomes. Is your boss in? Are his daughters ill? What was on the menu in the cafeteria? It reads a bit like a Choose Your Own Adventure book, only the reader is not making the choices. Perec emulates the flow of computer processing by making the story one long sentence, which also imitates the rhythm of someone navigating around an office, or “circumperambulating” as Perec writes. Perec also adds drama, tension, and humor throughout the office escapade.
_______________

Sound interesting? Then you need to check out Verso's online game for the book here.

Godine is proud to publish several works by Perec, including Life A User's Manual, Thoughts of Sorts, A Void (mentioned above), and W, or the Memory of Childhood.

Posted by Carrie Dieringer at 10:41 AM