Blood and Art: Wanda Coleman on her Poetry 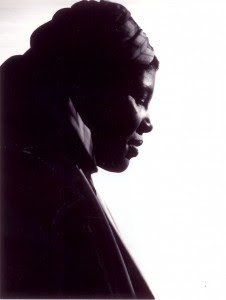 "Coleman is best known for her 'warrior voice.' [But her] voice too can weep elegiac, summoning memories of childhood's neighborhoods – her South L.A.'s wild-frond palms, the smog-smear of pre-ecology consciousness. Her voice hits notes as desperate as Billie Holiday's tours of sorrow's more desolate stretches. But it can also land a wily punch line as solid as that of a stand-up comic."
— Los Angeles Times

Black Sparrow author Wanda Coleman has three poems in the Winter 2010-2011 issue of Ploughshares. Here's a recent post from the Ploughshare's blog featuring a lovely contributor's note from Coleman:

Coleman talks about the impact other poets and art have on her and shares a bit of the back story for each of her three poems:

Often my acts of creation are acts of “re-creation,” as I struggle to encapsulate an experience, feeling, observation (rehumanizing the dehumanized), or attempt to distill the moment. Occasionally, I reach for and touch the soul of another, entering their realm, bringing them into mine. Poets of power (Jeffers, Plath, Lorca, Antonius) draw me into them and hold me in their joyous spells. When I come out of the trance, I am better for having read and for having been embraced. In “Noise (3)” I continue my aesthetic—sometimes humorous—polemic on urban life below the poverty line where one (i/me/myself/we) must constantly struggle to maintain focus against a ceaseless onslaught of disturbances. “Ashes . . . ” reveals that part of my psyche which yearns to reconnect with my deceased oldest son. “The Mingus Effect” exemplifies my classroom assertion that art feeds art, and serves as a reminder that writing may be fun. Inspiration may be the descriptive word used to sum up the process, but it seems inadequate, given where I’m coming from—so I’ll let my poems continue speaking for themselves.

Black Sparrow Books, an imprint of Godine, is proud to publish multiple titles by Coleman including Jazz and Twelve O'Clock Tales, The Riot Inside Me, and Bathwater Wine.

Posted by Carrie Dieringer at 1:35 PM