Tip for Writers: A Secret to Achieving Literary Immortality 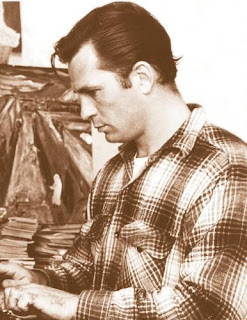 People write for different reasons. One reason that lingers in the back-forty of the psyche of most writers is a yearning that they'll be remembered. It's a human enough weakness. John Gardner, one of my influences and a great writer, said that the best reason to write was "glory." He obviously wanted his work to be read by generations to come.

There are certain requirements to literary immortality that are not secrets. You have to find a publisher. It's not necessary to have a large readership while you are alive but it doesn't hurt. Dying young is sometimes a big plus. Quality content helps, but it's no guarantee. Most writers of quality die in obscurity and their work remains forever unread and unremarked upon over the millennia.

Some writers are anointed but most are not. Talent and luck are the main reasons behind literary immortality, and I won't mentioned other obvious reasons, none of which writers have any control over. There is one reason – a secret, if you will – that I can tell the world today and that writers do have control over.

I learned the secret in casual conversation with a scholar who had written a book about the beat writer Jack Kerouac.

"Seems like every year there's a book about Kerouac," I said. "He was certainly a good writer, but there were a lot of good writers during the period he lived. Why him?"

The scholar smiled, paused, and said, "He kept good notes."

So there it is, a tip that any writer can use if he/she wants to commit to a lifetime labor that might FUBAR his/her head. Kerouac kept the letters he received, and he made copies of the letters he sent. He recorded the minutia of his life, set it down in typed note cards that he filed neatly. He kept successive drafts of his work. He taught himself to type very fast. He chronicled his personal as well as literary life for the ages.

Say it's the year 2100. You want to write a biography of a writer who came of age in the first century of the millennia. You believe that Yu was a great writer, but Yu's papers are a mess. She never archived her emails. She zapped all the MS Word drafts of her books, and she did not keep a journal. She scribbled her notes on scraps of paper, but never dated nor organized any of them, threw most away. By comparison Uy, also a great writer, archived all his emails, filed his correspondence with other writers and his editors. He dated and filed the love notes he wrote to his three wives and six children. He kept a detailed journal of his work in progress, his feelings, and his opinions about the issues of his day.

Hebert lives in New Hampshire and teaches writing at Dartmouth College. His novels in­clude The Old American and the acclaimed six-volume Darby series. Godine will publish his forthcoming novel, Never Back Down, in June 2011.
Posted by Carrie Dieringer at 10:01 AM