Recently I was fortunate enough to take a trip to Florence, Italy where I spent a week visiting museums, drinking cappuccinos, and wandering about the city streets. Before departing, I happened to be glancing 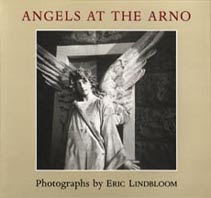 through the office library (something I try to do every time I pass by the shelves – you never know what title will jump out at you) when out of the corner of my eye I caught the word “Arno.”

Italy was on my mind, so I picked up the title, wondering vaguely if it had anything to do with the river that runs through Florence. Did it ever. Angels on the Arno is a lovely, contemplative book of photographs taken by Eric Lindbloom in Florence between 1979 and 1987, beautifully documenting intimate glimpses of the city. The book’s introduction speaks far more eloquently, saying, “. . . Lindbloom’s Florence seems at once so familiar and yet so strange. So empty for a center of commerce and tourism! Outside of time, as Linda Pastan suggests, but not in the eternal present of the guidebooks; rather, an historical present.”

I made a few notes to take with me on my trip, with the hopes of experiencing and enjoying in person some of the evocative artwork and locations featured in the photographs, and also with the thought of recreating some of Lindbloom’s shots (if possible). During the course of my stay in Florence, however, I was struck by how much the city had both changed and remained the same. Although I visited many of the locations from the book, I met with little luck in discovering the same scenes or even the same statues.

Additionally, photography was prohibited at many of the sites where Lindbloom had photographed. The photography ban was most distressing in the breathtaking cemetery at San Miniato al Monte. I spent several hours one misty, overcast day in the cemetery, meandering between mausoleums, admiring the sculptures and absorbing the peace and calm that is unique to such places. Revisiting the book now, I am impressed with how far Lindbloom’s photography goes to capture the mood and atmosphere of San Miniato. 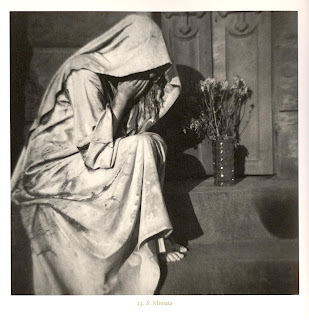 Included below are four photographs, two from Angels at the Arno, two from my own unskilled lens, that attempt to illustrate how, despite many inevitable changes, the city of Florence has remained unaltered. Some things stay the same . . . 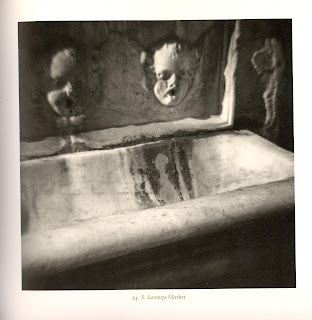 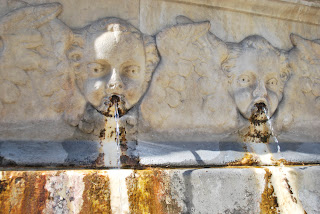 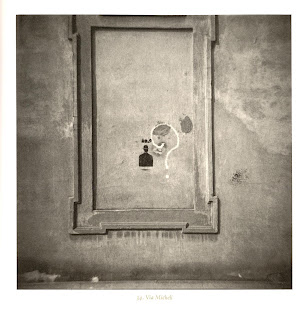 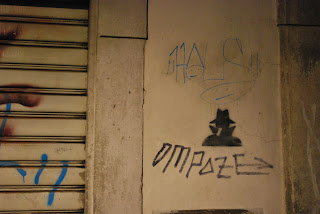