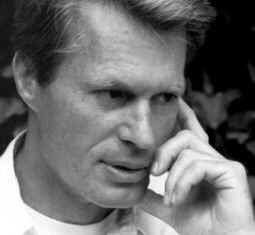 Newsweek is currently featuring an essay from Jean-Marie Gustave Le Clezio, Godine author and 2008 Nobel laureate in literature, where he recalls his birthplace, Nice, with decidedly mixed feelings:

"This corner of the Mediterranean is very old indeed. In the 1960s, workmen on a hill, prophetically called Terra Amata (Beloved Earth), discovered the remains of a prehistoric camp. Archeologist Henry de Lumley identified it as a meeting—and feasting—place dating back roughly half a million years, perhaps, ironically, to the ancestors of the Berbers who would later populate the whole rim of the Mediterranean, from Algeria to Lebanon. The name of the town came from the Greeks—Niké, victory. And the Romans settled here and founded a city high in the hills for fear of the pirates and mosquitoes that infested the coast; they built an arena to practice their favorite pastimes, circus games and the immolation of Christians. They say the ghost of a martyred virgin still haunts that district.

What does it mean for me, being born and growing up in such a town? Does its antiquity give me (and everyone born here) a curious feeling of superiority, a kind of skepticism, an inclination to fatalism? As if everything had come here, carried by the sea waves and the invasions, as if everything had landed here, driven by storms or coming with the tide, onto the worn and weather-beaten pebbled beach."

"The leading tendency here is not toward openness: people waver between frank fascism and latent xenophobia. My latest find is a T shirt with the motto sieu nissart et m’embatti, which could be translated as “I don’t care, I am Nissart.” No doubt this is one momentary attitude in the history of this town—it’s the advantage of being heir to such an ancient past. I was born in Nissa la Bella, I grew up here, and there is probably no place in the world I understand better. My feelings for Nice are a bit like what is sometimes written on Mexican cakes for Valentine’s Day: te amo y te odio. I love you and I hate you."

Read the entire essay here. Le Clezio is the author of both Desert and The Prospector, available from Godine.

Posted by Carrie Dieringer at 2:06 PM