What's Daniel Radcliffe going to do next?

Radcliffe stars in the motion picture release of The Woman in Black, due out in 2011:
"The 21-year-old took a 10-day break from 'Woman in Black' to promote 'Deathly Hallows - Part 1,' but he'll soon be headed back to the set for another four weeks of filming. Based on a 1983 thriller by Susan Hill, the supernatural thriller follows Arthur Kipps (Radcliffe) as a lawyer who travels to sort out a recently deceased client's affairs, encountering dark secrets and haunting presences when he arrives. Radcliffe told us he's been loving the production, which is just a fraction of the size of a 'Potter' film. 'It's faster," he said. "I'm loving it. It's very, very exciting.'"

Stills from the film were just released: 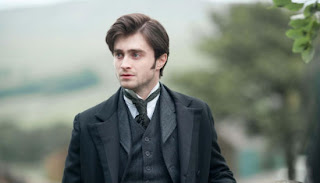 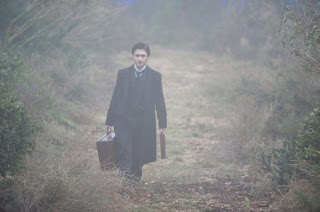 Godine is proud to publish the US edition of The Woman in Black!
Posted by Carrie Dieringer at 2:16 PM