One Times Square in The New York Times! 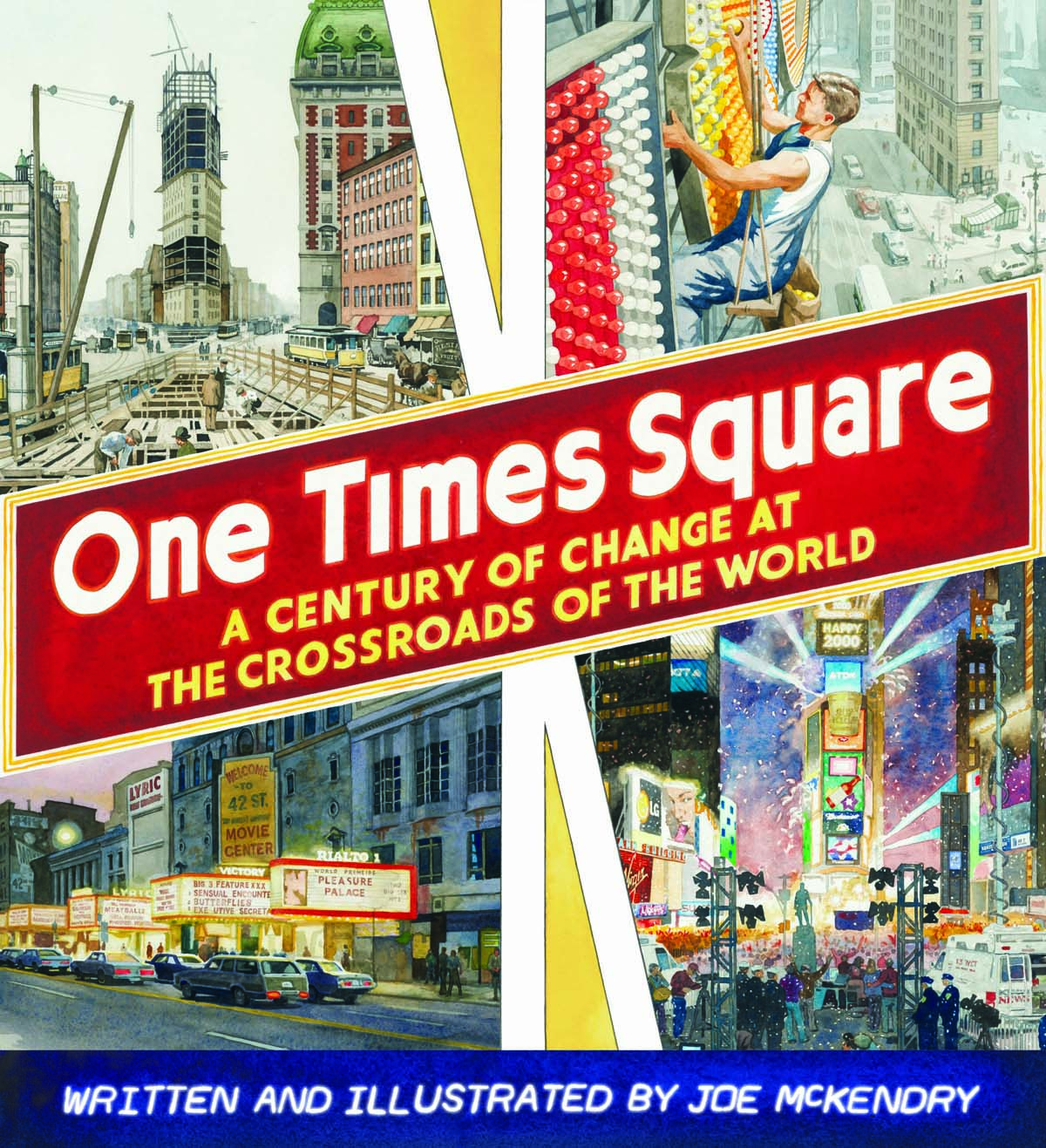 Our new title One Times Square: A Century of Change at the Crossroads of the World, written and illustrated by Joe McKendry, has been garnering some well-deserved buzz in the book world recently. According to the Regional Plan Association, "McKendry's book elegantly fuses watercolors and words to tell the story of one of America's most iconic addresses." Another review for One Times Square was featured in a small newspaper you may have heard of - The New York Times!


Several miles down the grid lies another of Manhattan’s towering majesties, the chaos known as Times Square, the subject of Joe McKendry’s exquisite illustrated history, “One Times Square.” McKendry, who described a similar slice of urban architecture in “Beneath the Streets of Boston: Building America’s First Subway,” traces the famed intersection’s roots back to early 1800s farmland, where a former brewer named Medcef Eden owned 70 acres that included a dirt path known as Bloomingdale Road, now Broadway.

As the grid moved northward up the island, McKendry tells us, the intersection between Broadway and Seventh Avenue became known as Long Acre Square, commonly referred to as “the Thieves’ Lair.” (Some things don’t change.) Of course, its new name, which came along with the city’s first subway line, the completion of the Astor Hotel and – ahem – the new headquarters for The New York Times, was a lot more enduring. “Covering the event in its own pages, The Times crowed, ‘It is a name … not likely to be forgotten in this community.’ ”

McKendry’s meticulous attention to detail in his illustrations and text enriches both without weighing down the book in the slightest. Who knew the history behind the Motograph News Bulletin, or “Zipper,” installed in 1928 and a marvel of its time, even if it ultimately led to those annoying tickers on cable news television?  One of the Zipper’s operators, McKendry tells us, spent 33 years assembling the bulletins. Readers also learn just how an ambitious billboard designer made a Camel billboard that blew “smoke” rings across the square for a quarter of a century.

The book doesn’t skip over the less than jolly aspects of Times Square. McKendry dutifully describes the area’s descent into an alternately condemned and celebrated state of seediness and disrepair. A full page shows the Times Tower’s transformation from its Florentine campanile glory into the gray humdrum of the Allied Chemical Company headquarters. “By the mid-1970s,” McKendry writes, “Times Square had a well-earned reputation as one of the most dangerous neighborhoods in New York City.”

As an artist, McKendry is as versatile as Times Square itself, rendering sepia-toned watercolors just as adeptly as black-and-white line drawings, clarifying diagrams, streetscapes and full-spectrum painting. Much of the artwork feels deeply nostalgic, entirely appropriate to the subject matter – like leafing through an old issue of The Saturday Evening Post, with none of the pages falling out. Yet the layout, varied and lively but still with plenty of white space, feels entirely modern. This is both a handsome and highly readable book, one that will be pored over cover to cover by young New Yorkers, real and aspiring.

Posted by Kristin Brodeur at 11:39 AM