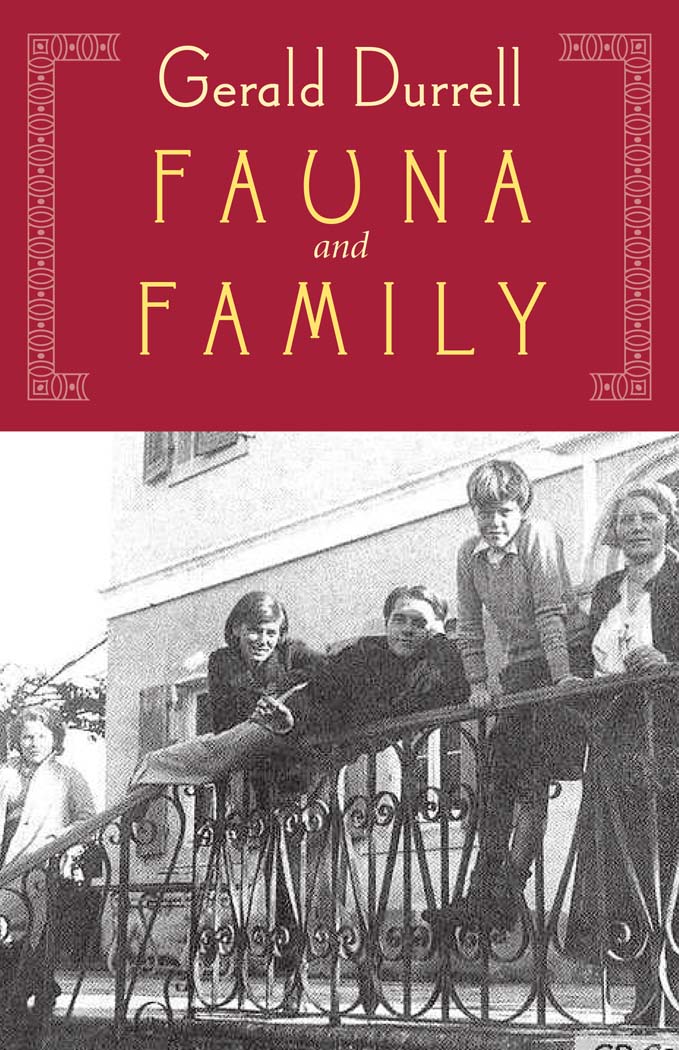 We are pleased to re-announce Gerald Durrell’s Fauna and Family, the final installment in his beloved Corfu trilogy. Set on a Greek isle between the world wars, this autobiography concludes the wacky and often hilarious adventures of the Durrell family. Durrell, now a world-class naturalist, here recounts the origins of his passion for wildlife. Young Gerry’s wide-eyed enthusiasm for fauna of all types – snakes, lizards, birds, fish, and everything in between – sets the tone for a charming tale populated by a colorful and eclectic cast of characters, both human and animal.

An excerpt from Fauna and Family:

The Bootle Bumtrinket, being Leslie’s first effort in boat building, was almost circular and flat-bottomed, so that, with her attractive color scheme of orange and white stripes, she looked not unlike an ornate celluloid duck. She was friendly, stalwart craft, but owing to her shape and her lack of keel she became very flustered in anything like a heavy sea and would threaten to turn upside down and proceed that way. Owing to her shape, she could not wear a tall mast without turning over and so her pocket-handkerchief-sized sail could only garner and harvest the tiniest cupfuls of wind; thus, for the most part, she was propelled from point to point with oars, and when we had a full crew on board – three dogs, an owl, and sometimes a pigeon – and were carrying a full cargo – some two dozen containers full of seawater and specimens – she was a back-aching load to push through the water.

Posted by Kristin Brodeur at 3:24 PM

Email ThisBlogThis!Share to TwitterShare to FacebookShare to Pinterest
Author: Will Stonefield