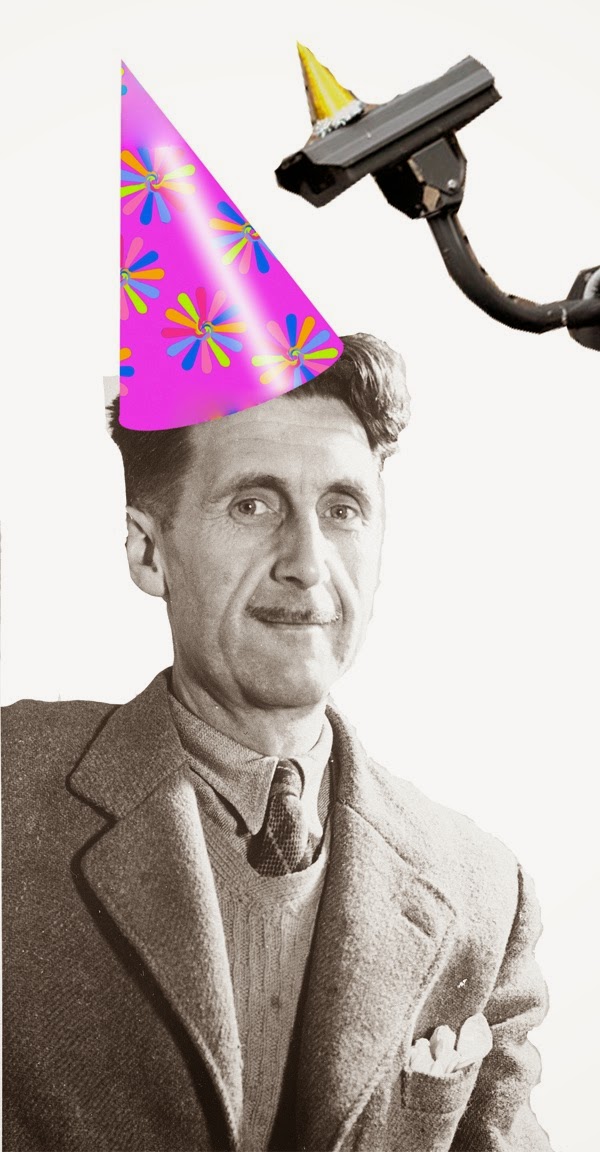 Eric Arthur Blair, better known as George Orwell (June 15, 1903-January 21, 1950), would have turned 111 today. He is of course best known for his much-read and much-quoted masterpiece Nineteen Eighty-Four, which depicts the bleak, anti-individualist dystopian state of Big Brother and the Thought Police, and for Animal Farm, the farmyard allegory of communist collapse.

Like our last birthday boy, William Shakespeare, Orwell is also responsible for the introduction of a variety of new vocabulary into English. He is credited with coining “cold war,” “Big Brother,” “thought police,” and “Room 101,” among others.

Considering that much of his life was spent in poverty and ill health, it is something of a miracle that in only forty-six years George Orwell managed to publish ten books and two collections of essays.