We would like to extend the warmest birthday wishes to author J.M.G. Le Clézio, who turns 74 years old on Sunday, April 13th. Le Clézio is a master novelist of over 40 works, and in 2008 he was awared the Nobel Prize in Literature. We are proud to have published three of Le Clézio's novels: The African, The Prospector, and Desert. 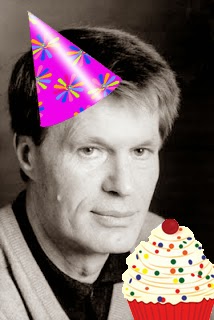 The African is autobiographical, and it focuses on Le Clézio's childhood. Le Clézio leaves war-stricken Europe to be reunited with his father, a doctor in Nigeria. The beautifully stunning work shares how freedom can be felt even on an African savannah. To read more about The African, click here.

Desert is a fantastic story told in two parts. It described the world of a young boy, Nour, and the migration of his people, the Blue Men. Nour and his people look for a home to call their own, but war keeps driving them out. This poignant masterpiece showcases all of Le Clézio's talent. To read more about Desert, click here.

The Prospector is set on turn of the century Mauritius, where young Alexis L'Etang enjoys a wonderful life with his family. But when her father dies, Alexis becomes obsessed with finding a mythical buried treasure, and his adventures force him to reflect on his condition. To read more about The Prospector, click here.

We hope J.M.G. Le Clézio has a wonderfully happy birthday. Thanks for all of your literary contributions, and we can't wait to celebrate again next year.