Looking for a way to celebrate Women's History Month? Here are three books about – and written by – great women. 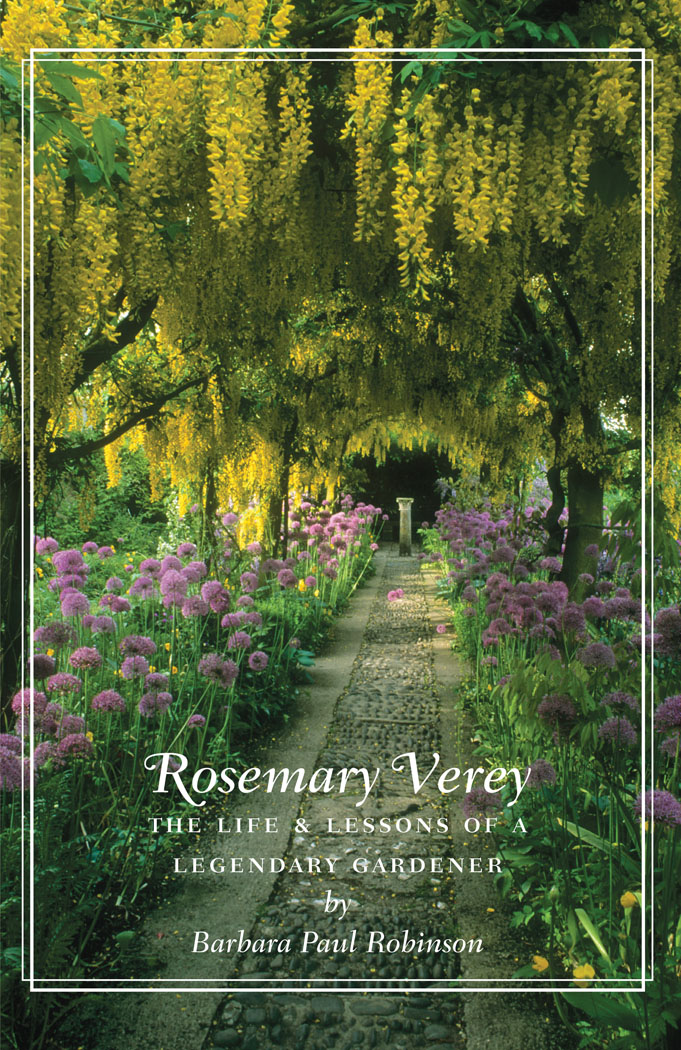 Rosemary Verey: The Life & Lessons of a Legendary Gardener by Barbara Paul Robinson

Rosemary Verey was the last of the great English garden legends. Although she embraced gardening late in life, she quickly achieved international renown. She was the acknowledged apostle of the "English style," on display at her home at Barnsley House, the "must have" adviser to the rich and famous, including Prince Charles and Elton John, and a beloved and wildly popular lecturer in America. A child of a generation born between the two World Wars, she could have easily lived a predictable and comfortable life, devoted to her family, church, and horses, but a devastating accident changed her life, and with her architect-husband, she went on to create the gardens at their home that became a mandatory stop on every garden tour in the 1980s and 1990s. At sixty-two, she wrote her first book, followed by seventeen more in twenty years. Her husband's death, shortly after her career began, added a financial imperative to her ambition. By force of character, hard work, and determination, she tirelessly promoted herself and her garden lessons, traveling worldwide to lecture, sell books, and strengthen her network.

During a sabbatical from Debevoise & Plimpton where she was the first woman partner, Barbara Paul Robinson worked as a gardener for Rosemary Verey at Barnsley House. A hands-in-the-dirt gardener herself, she and her husband created their own gardens at Brush Hill in northwestern Connecticut, featured in articles, books, and on television. A frequent speaker, Barbara has published articles in the New York Times, Horticulture, Fine Gardening, and Hortus; she has also written a chapter in Rosemary Verey's The Secret Garden. The gardens can be viewed at www.brushhillgardens.com. 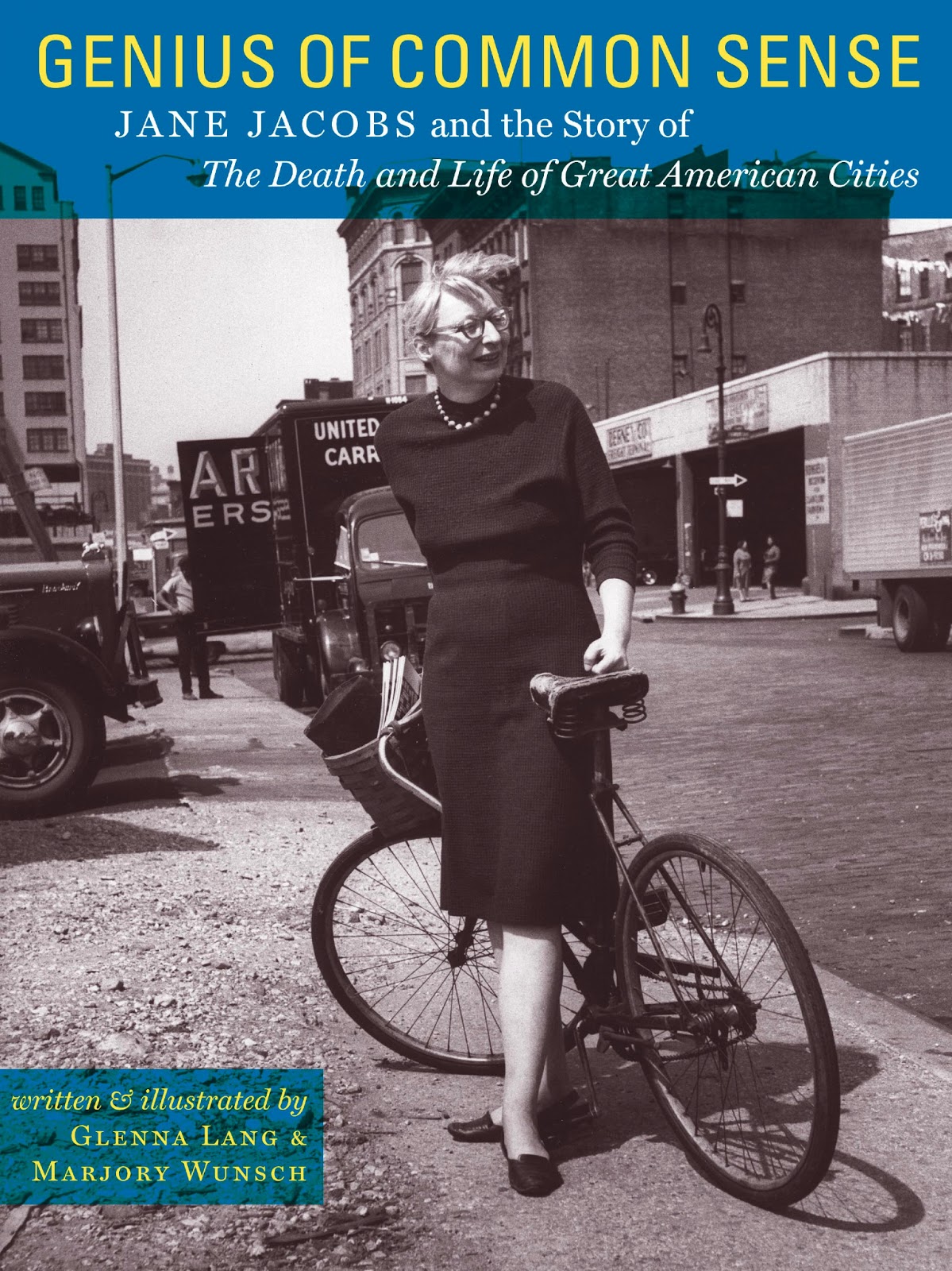 Genius of Common Sense: Jane Jacobs and the Story of The Death and Life of Great American Cities by Glenna Lang and Marjory Wunsch

Jane Jacobs, a heroine of common sense, never attended college but her observations, determination, and independent spirit led her to far different conclusions that those of the academics who surrounded her. Illustrated with almost a hundred images, including a great number of photos never before published (with many by Robert Otter), this story of a remarkable woman will introduce her ideas and her life to readers, many of whom have lived in neighborhoods that were saved by her insights.

Glenna Lang's previous work includes illustrations for four classic poems for children with Godine. She wrote and illustrated the award-winning Looking Out for Sarah. Although she grew up in New York City, she lives in Cambridge, Massachusetts, and teaches at the School of the Museum of Fine Arts, Boston.

Marjory Wunsch has illustrated and written numerous children's books. While studying architecture, she encountered problems of urban design, rehabilitation of old buildings, and the ideas of Jane Jacobs. Marjory and her husband live in Cambridge, Massachusetts. 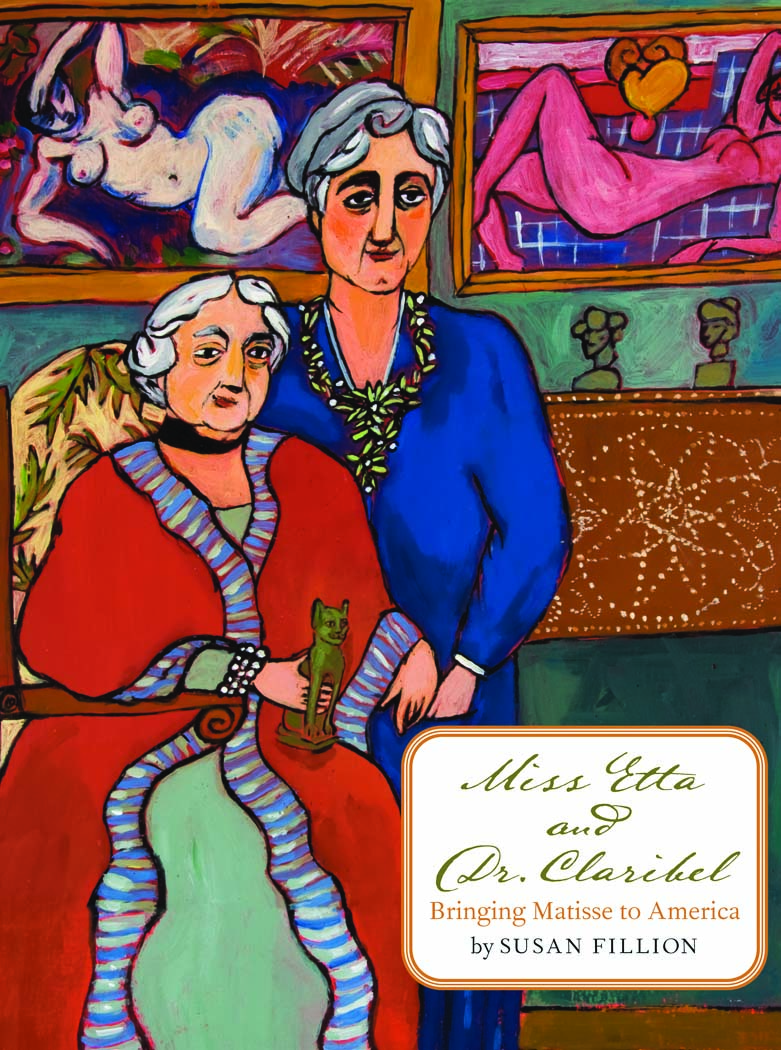 What could be more unlikely than this tale of two unmarried sisters, Etta and Claribel Cone, from a German-Jewish family in Baltimore, who amassed one of the major collections of modern art in America? In this touching story, fully illustrated with the work they collected – Picasso, Matisse, Vuillard, Cézanne, and Gauguin – we trace the contours of their lives, made more vivid by author and artist Susan Fillion’s informative text and colorful paintings that Horn Book Magazine has praised as “strong enough to work side-by-side with those of Picasso and Matisse.”

Susan Fillion is an artist and museum educator in Baltimore. Over the years, she has introduced audiences of all ages to the Cone Collection and especially enjoys teaching drawing where it resides, in the galleries of The Baltimore Museum of Art. She and her husband, Tom, live in a house in the trees.
Posted by Kristin Brodeur at 1:17 PM