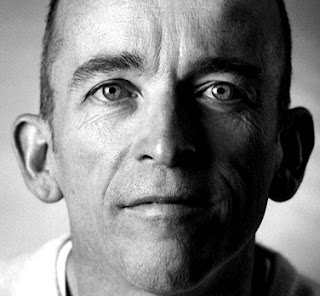 Back when we were both very young, Godine had the honor of publishing the first two poetry books of Mark Doty, who has since gone on to considerable and deserved fame and fortune, winning the National Book Award for Poetry in 2008, as well as honors from the National Book Critics Circle, the LA Times Book Prize, a Whiting Award, and (as the first American in its history) the T.S. Eliot Prize.

Doty is the headliner for the Massachusetts Poetry Festival this year which will be held in Salem, MA on May 13th and 14th. He will participate in two programs at the Festival on Saturday, May 14th. In the afternoon, a presentation at the Peabody Essex Museum that will coincide with his recent book Still Life with Oysters and Lemon and in the evening he will participate in the headline performance with singer/songwriter Kim Richey and other poets.

This summer Godine will publish Paragon Park, a collection with the complete texts of Doty's Turtle, Swan and Bethleham in Broad Daylight along with almost two dozen poems that have appeared in small magazines but have never before been collected.

For your enjoyment this Wednesday afternoon, here's Doty's "The Pink Palace" from Turtle, Swan:

My father would take me, Saturdays,
to an unfinished mansion: a rich eccentric
had built a few rooms and a facade
of pink granite before the money ran out
and the fragments became property of the state,
a museum for children. Of what
I’m not sure—I remember only one room,
a wall of tiny doors, some at floor level,
others all the way up to the ceiling.
I would open the lowest; he would hoist me
to others so I could stare inside until
he grew tired of holding me. Behind the doors,
behind glass, a tree, huge in memory,
hung with all the glory of taxidermy: robin
and jay, squirrels racing or paused, sitting upright,
everything that lived overhead.

Many windows: each would yield
a little. I thought if I could see it all
the tree would spread like a Sunday school story
of paradise, bearing up on its branches
all the finished houses of heaven. And these
were the citizens: openmouthed blackbird
fixed in the position of cry, eggs
arranged in the nest, incapable of change.
I know I magnified the tree.
Maybe if I’d seen it all at once
it could never have held so many—
the visible, the mostly hidden,
glowing feathers behind the leaves.
Were there leaves at all?

That summer the outings with my father ended.
The Pink Palace, and then nothing.
Whatever he intended, what he showed me
seemed a lesson—that no single view will hold.
As if he knew I’d need to tell myself
a story—one strong enough to carry me,
and not in his favor—and whatever I told myself
would be incomplete, that nothing will ever
be finished except the past, which is too large
to apprehend at once. All that changes
is the frame we choose. And so he said
as he clutched my waist between his two big hands, See,
look at this one, and held me higher.
Posted by Carrie Dieringer at 1:22 PM